CHALLENGE Whether a lazy landlubber or a seasoned seamen, every pirate needs a personal assistant.

NARRATIVE Merging modern graphics and visual design principles with aesthetics and imagery from the Golden Age of piracy to create a pirate’s personal assistant app. Using user interface design and personal knowledge of piracy, this app aims to give every pirate crew a means of communicating, schedule making, and navigating to pirate towns and taverns alike.

‍TARGET AUDIENCE If a crew from the Golden Age of Piracy was all of a sudden transported into the modern day, I'm sure they would appreciate Matey. I established two personas before starting my design, one seasoned pirate captain and one new sailor. 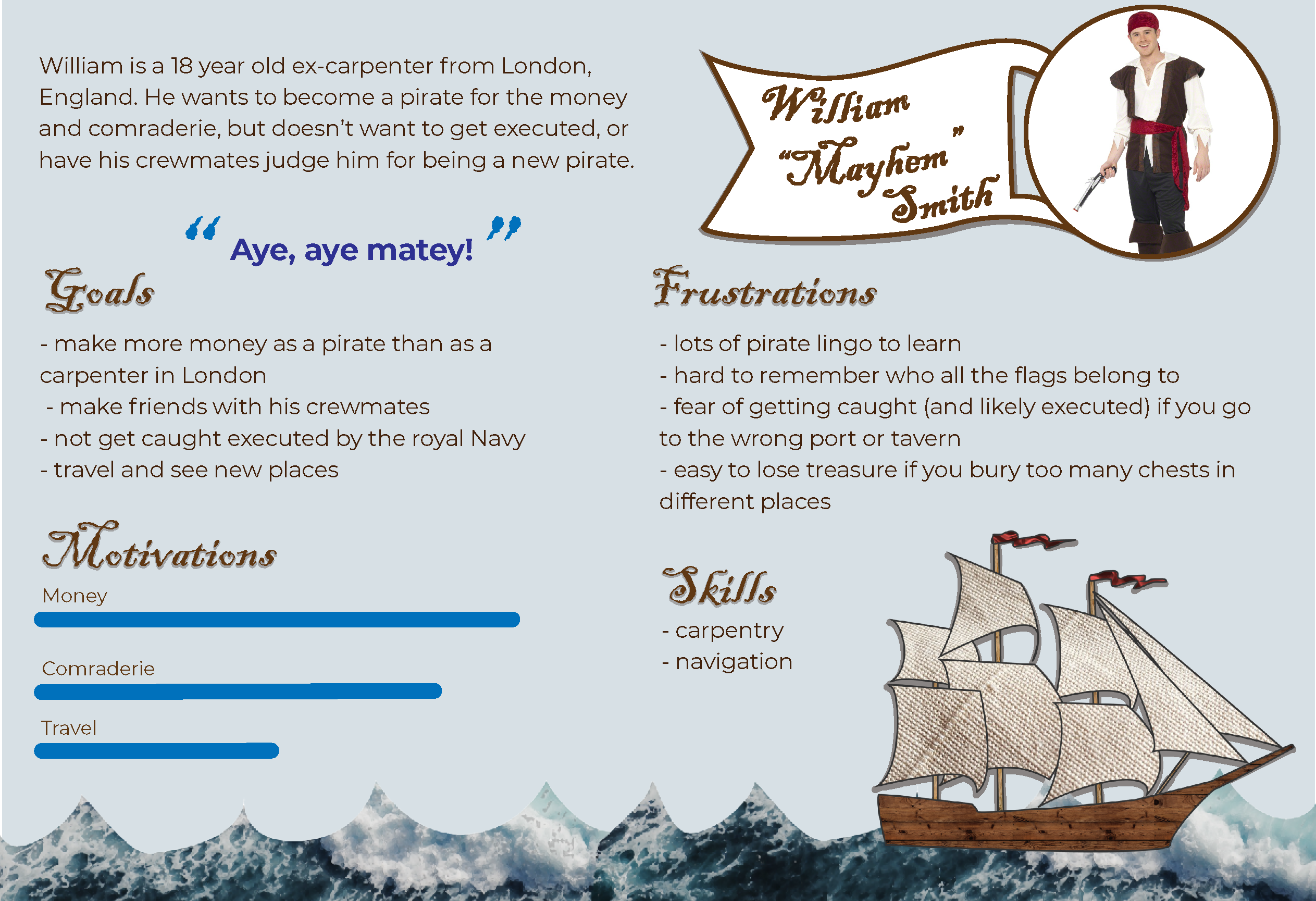 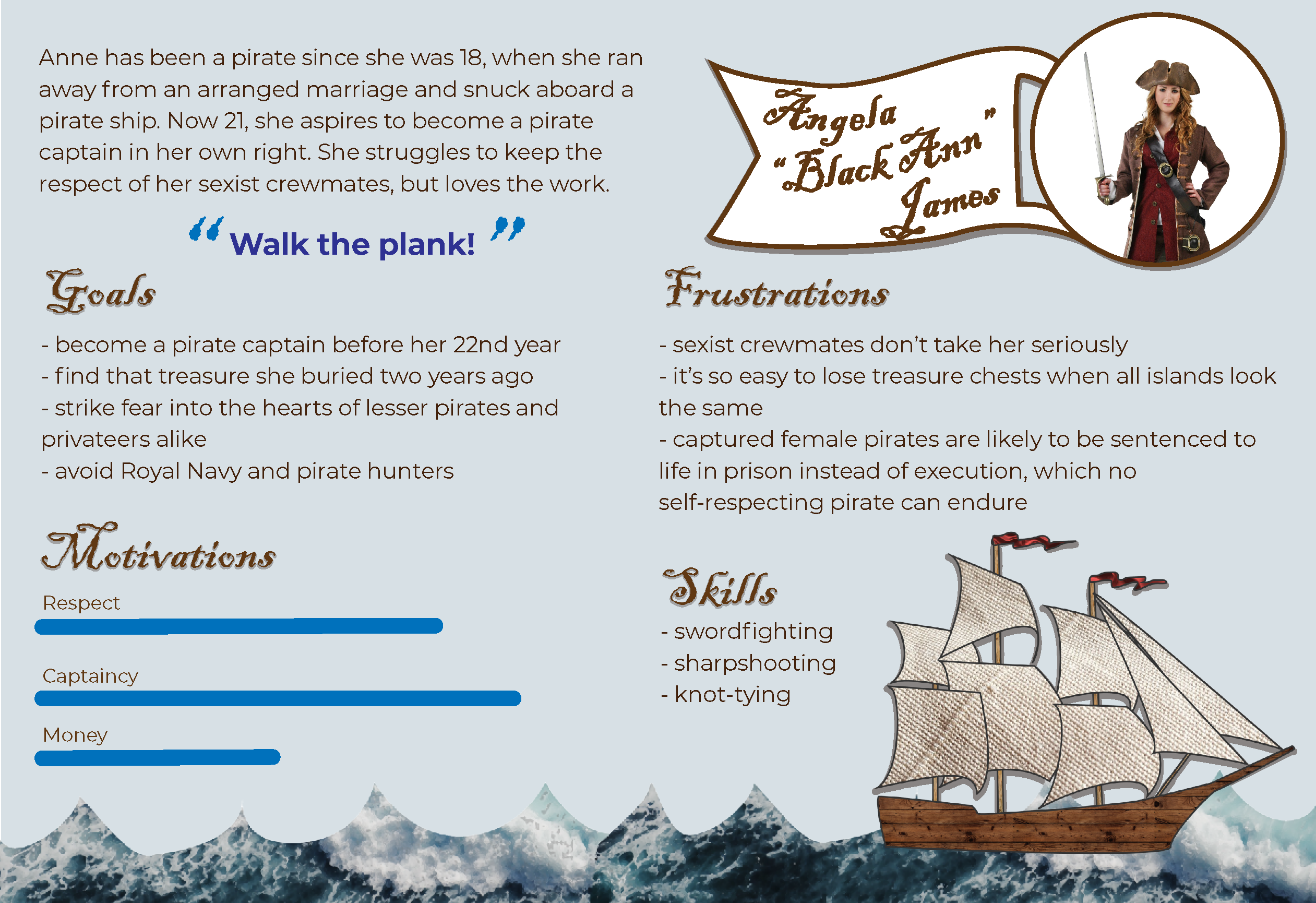 CONCEPT TO EXECUTION I started the design process by thinking through what features pirates would look for in an app, and what those pages would look like. Although I started with a personal assistant app for individuals pirate, I decided to create an app that lets an entire pirate crew collaborate while still maintaining the individual functions.

PROTOTYPING After a few iterations, I pulled my design into Adobe XD to create a prototype. The app is fully navigable, including a few pages that scroll. The final prototype has a chat function, a collaboartive ship's log, a map with pirate-friendly ports and a royal navy tracker, a ship and knot photo identifier, and a pirate-to-english dictionary. 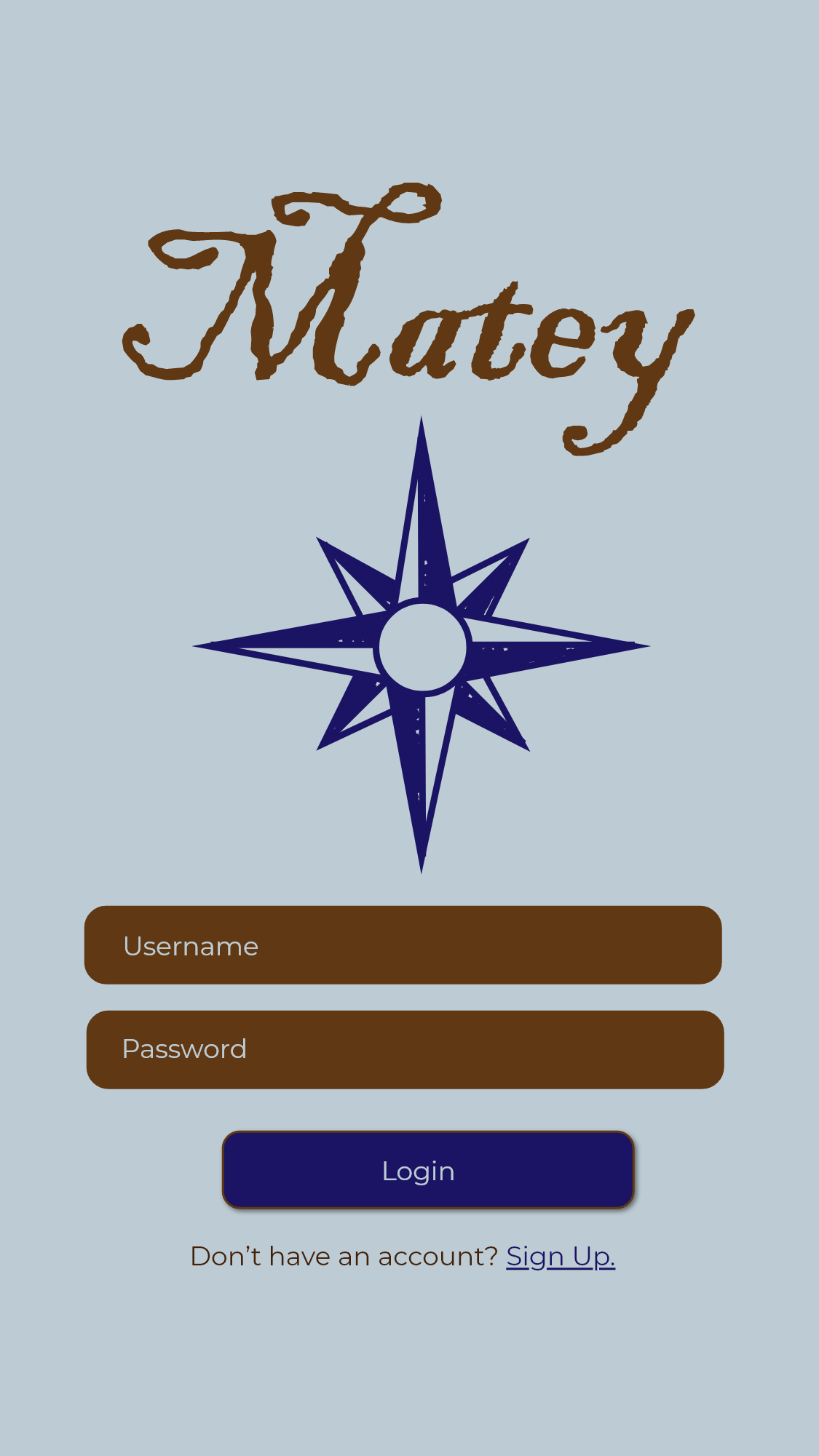 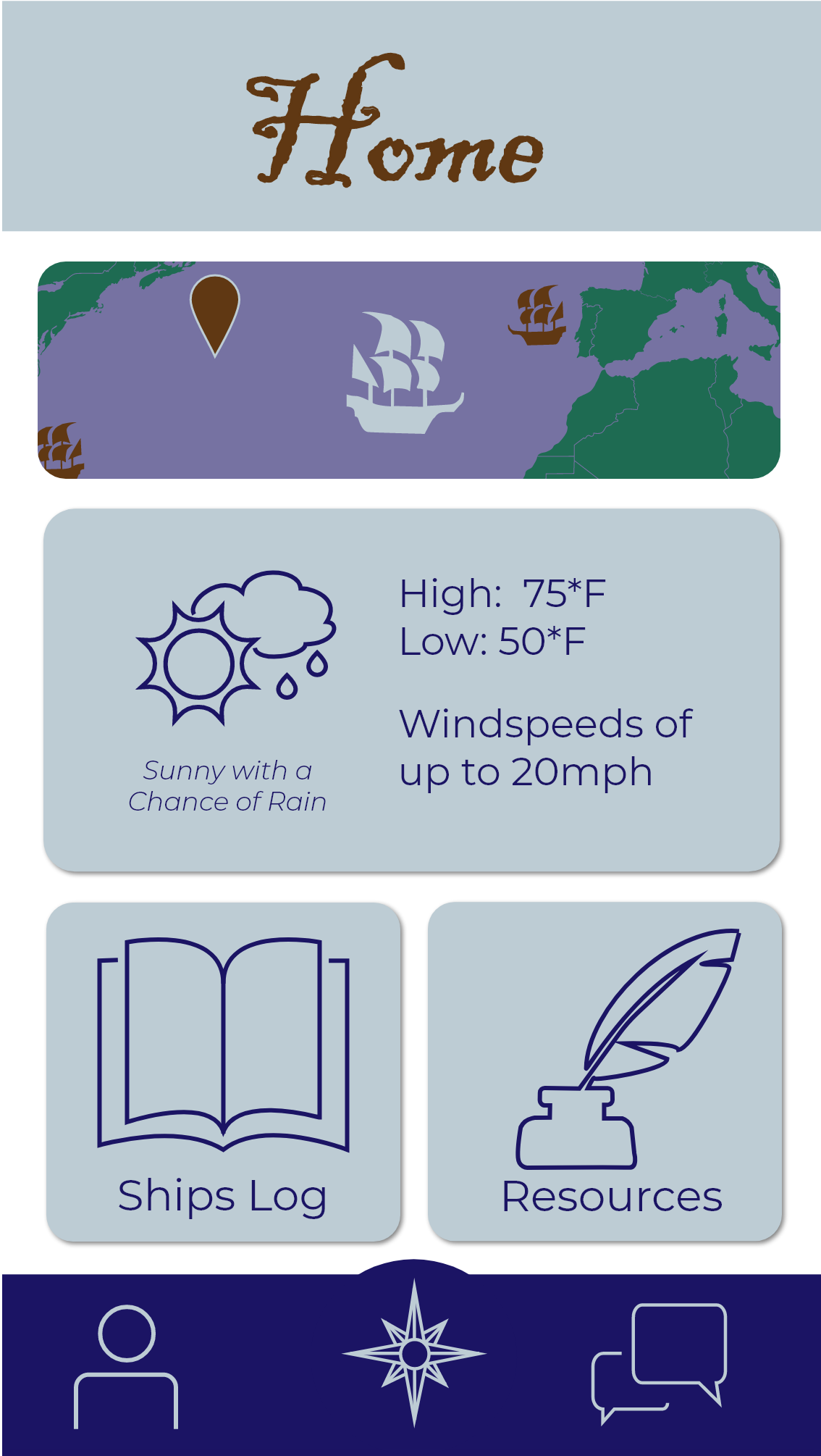 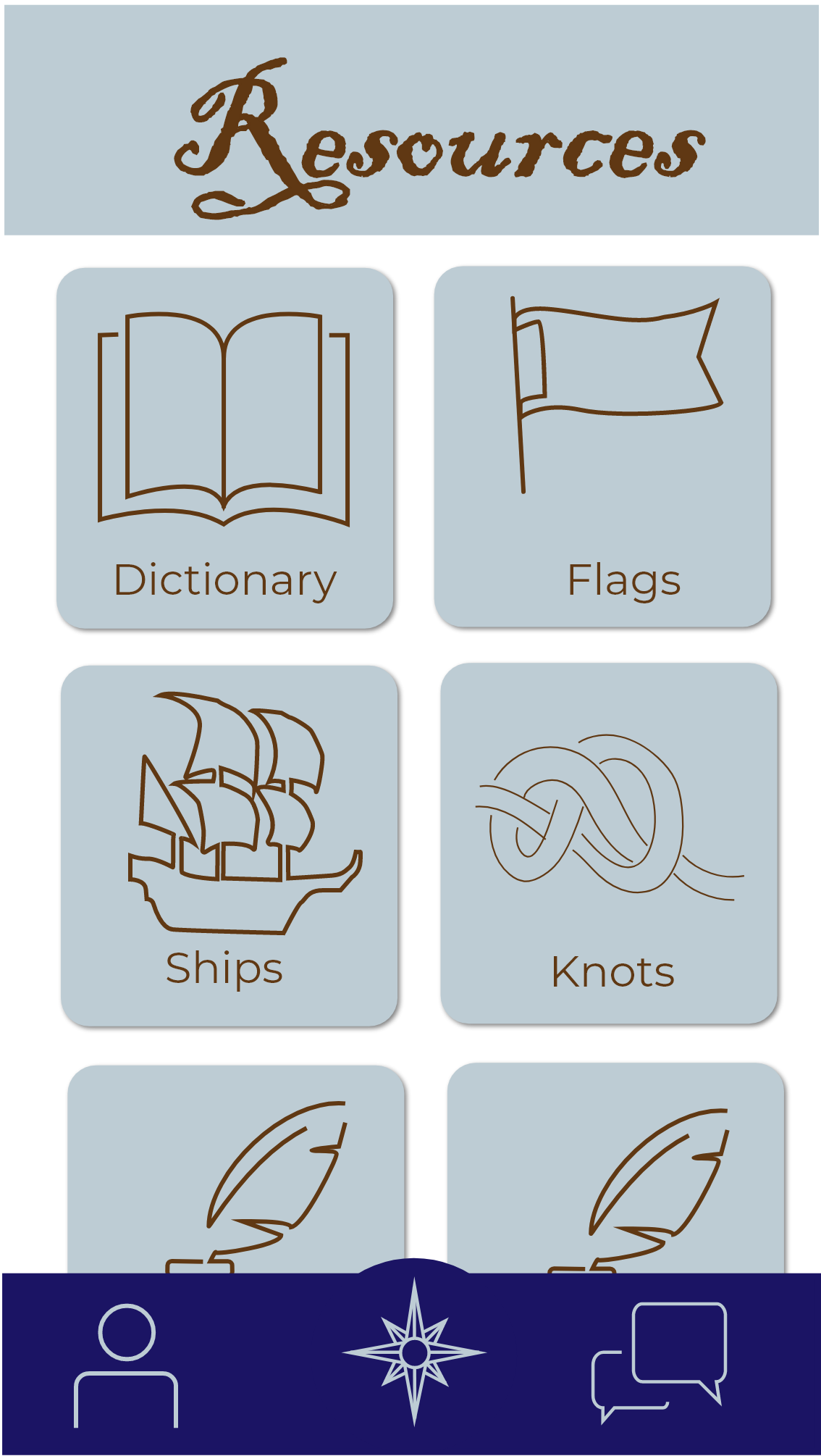 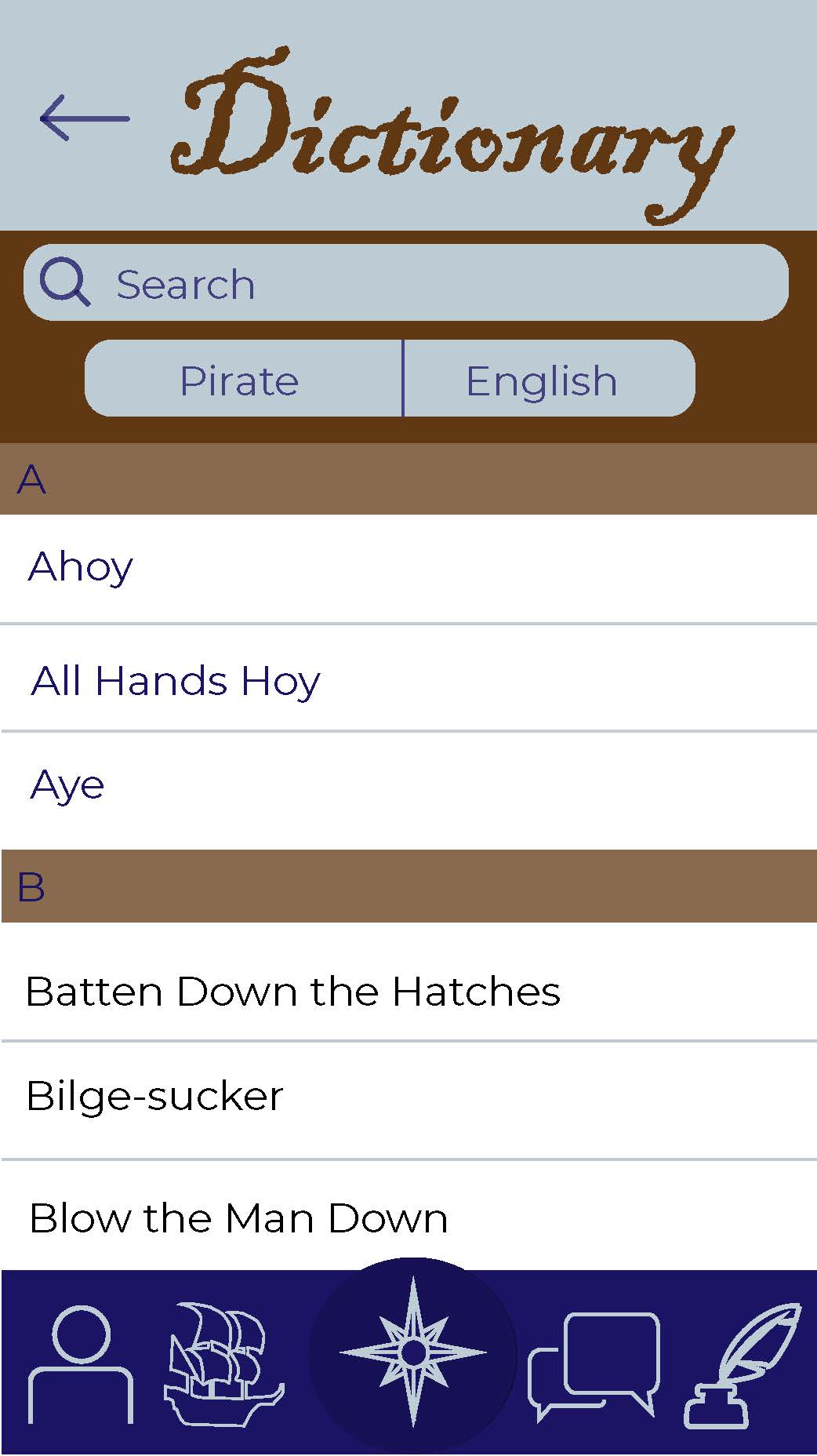 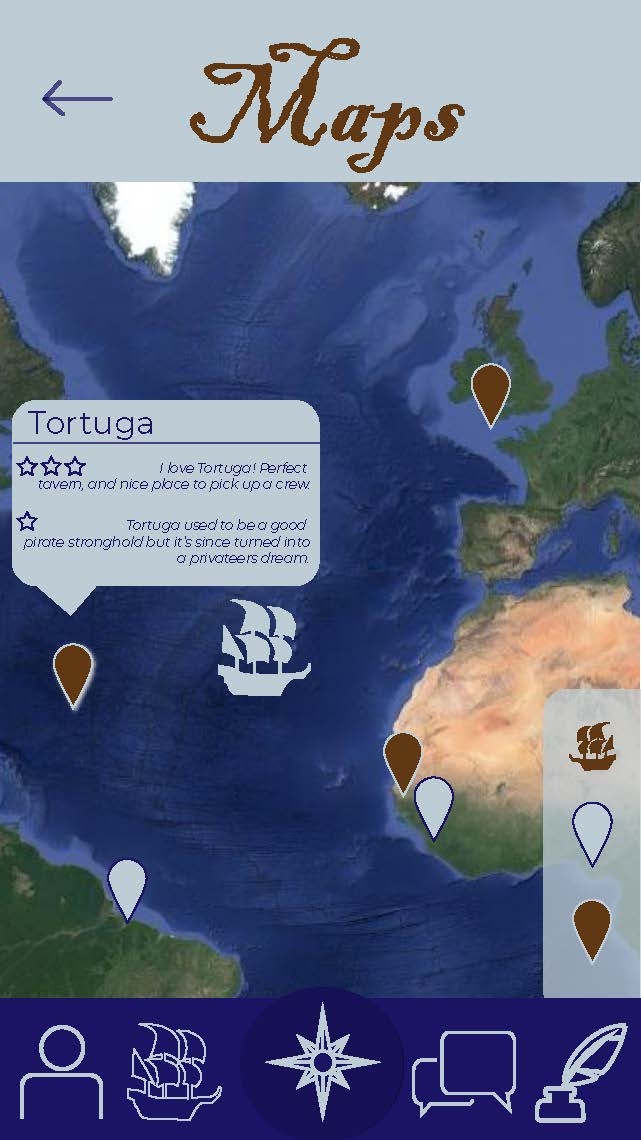 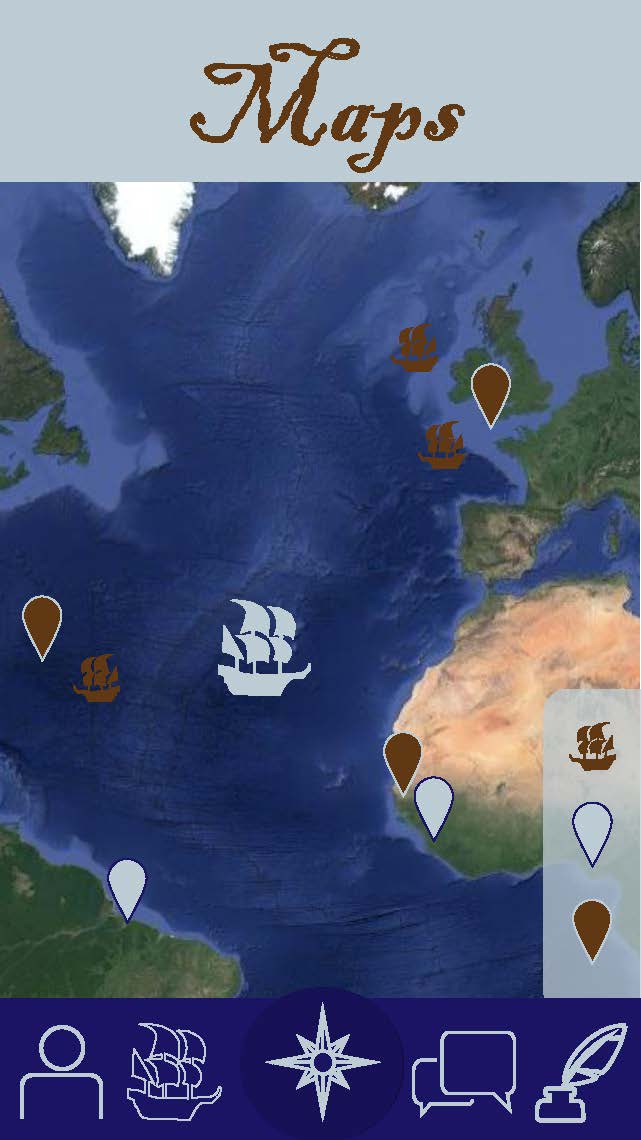 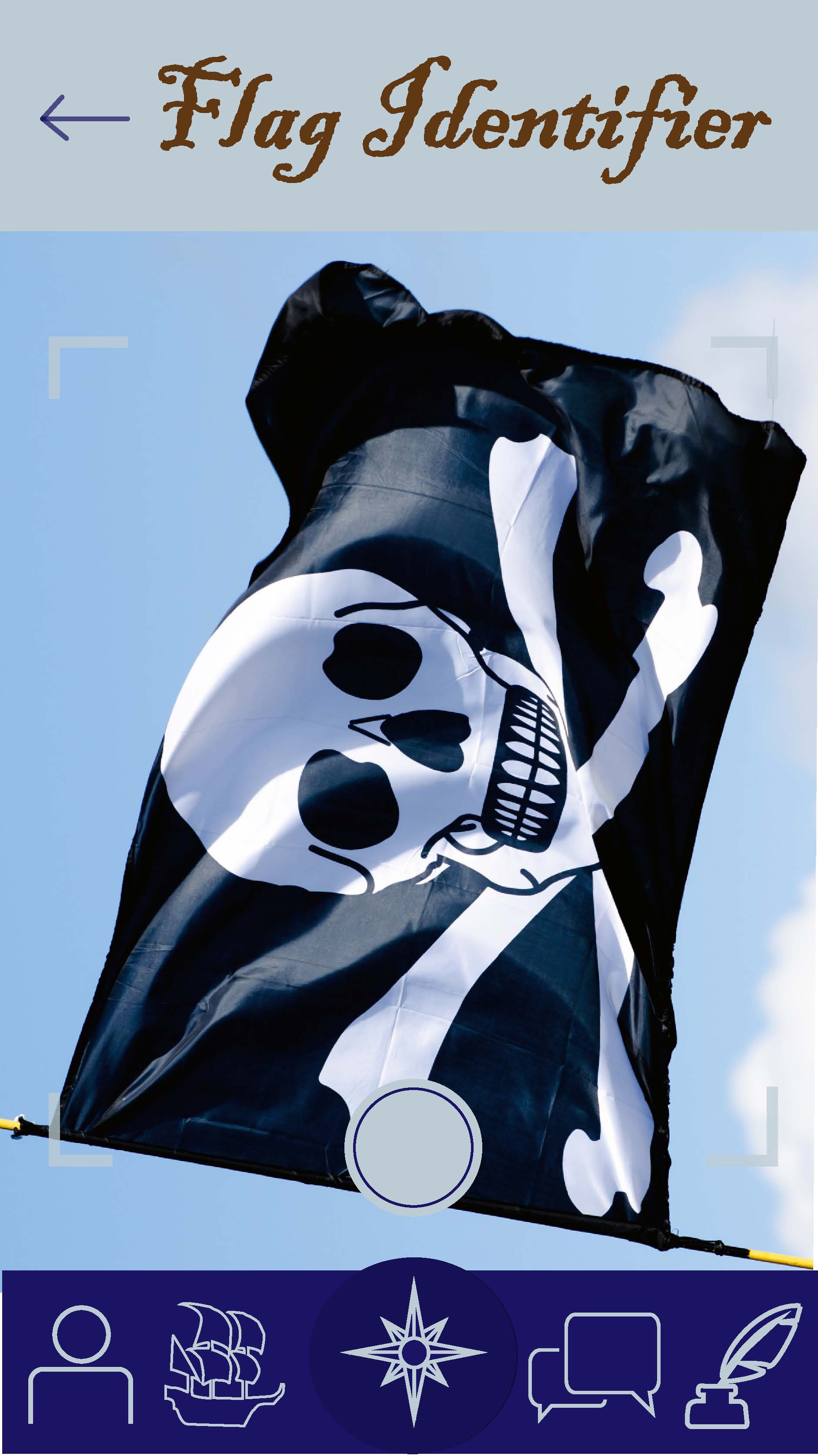 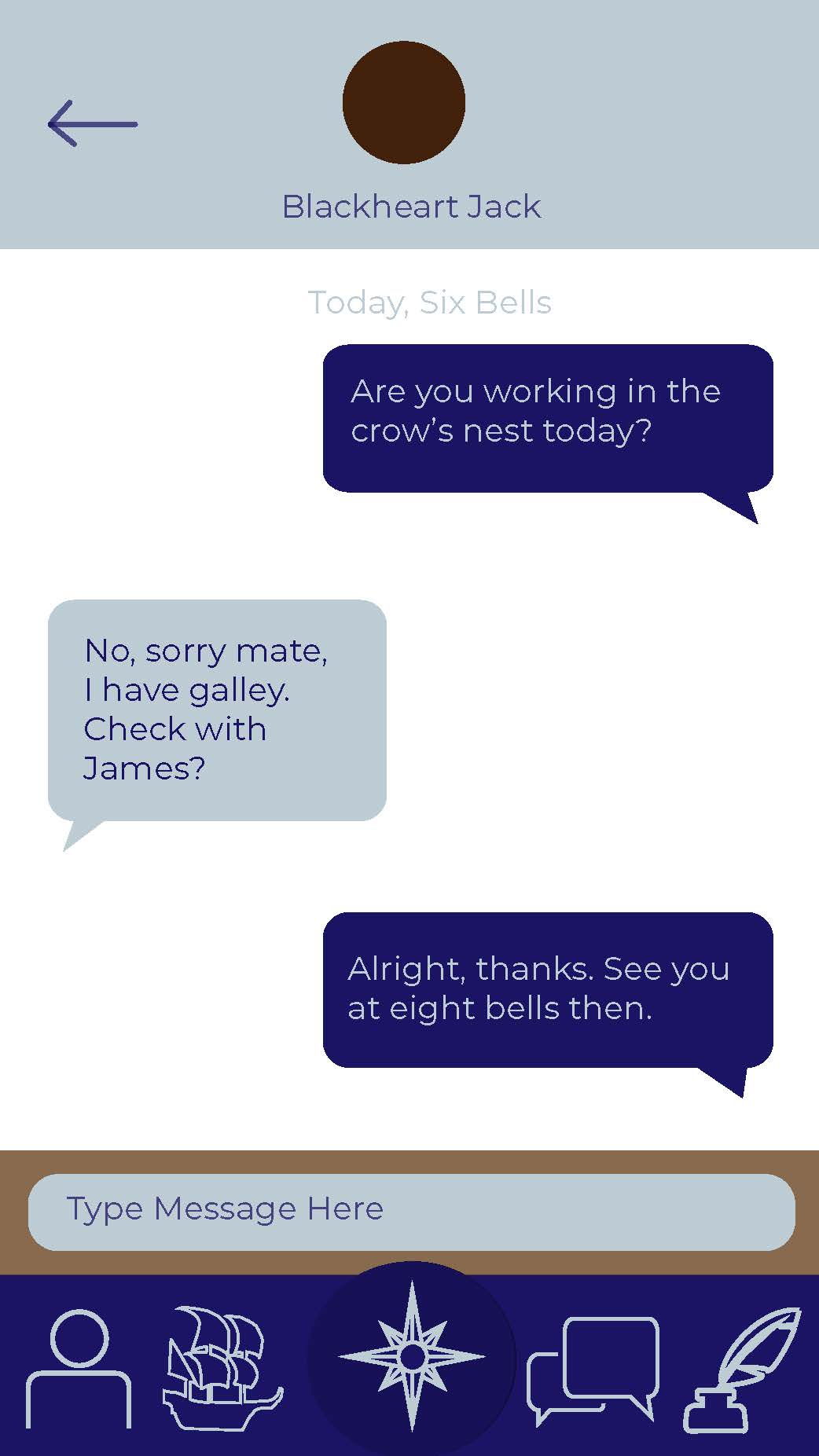 PREVIOUS PROJECT
NEXT PROJECT
Thanks for checking out my work!
LinkedinEMAILContact